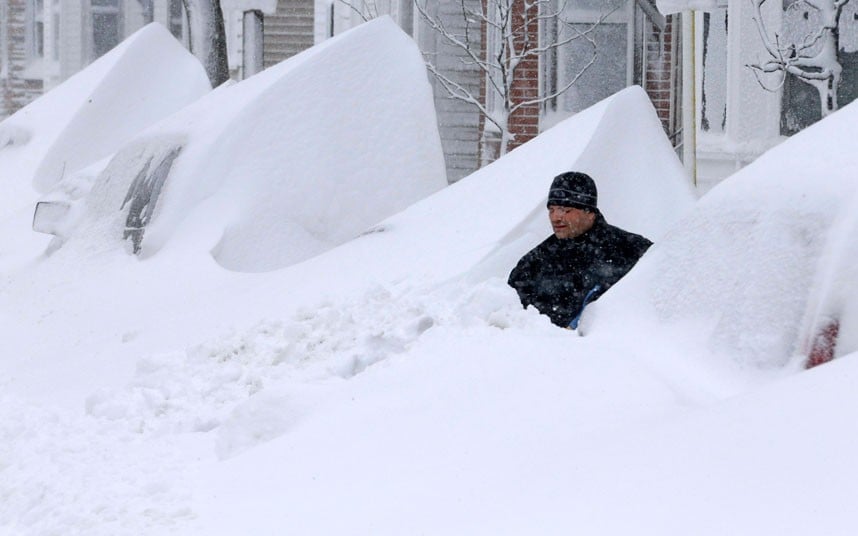 To all my fellow New Yorkers and Bostonians….Please beware of the dangerous link between heart attacks a.k.a. Myocardial Infarction (MI) and shoveling snow.  As this latest snow storm, which some have called the worst one in 100 years, works its way up the coast, you need to take some precautions.  In the past, extreme weather patterns, including blizzards, have shown to increase risk of MI in connection with snowfall.   Snowstorms increase the risk of MI, due to excessive snow-related exertion, including shoveling, that can excessively strain the cardiovascular system in susceptible individuals.

There was a really clever study done by our neighbors to the north in Canada in February 2017.  They looked at the association between quantity and duration of snowfall and the risk of heart attacks (MI) using hospital admissions.  Heart attacks are a leading cause of morbidity and death, accounting for an estimated 6 million years lives with disability and 8 million deaths worldwide in 2013.

So it seems that the more the snow, the more the MI’s in males!  I guess its the males doing all the shoveling?

In Canada 128,073 hospital admissions, 68,155 deaths were due to MI.  The likelihood of MI increased the day after a snowfall among men.  Snowfalls of 0-20 cm was associated with an odds ratio of 1.16 for hospital admission, 1.34 for death due to an MI on the following day among men.

Results: Both the quantity and duration of snowfall were associated with subsequent risk of hospital admission or death due to MI, driven primarily by an effect in men. These data have implications for public health initiatives in regions with snowstorms.

Conclusions: Guys, go slow the day after a snow storm and possibly get other in your household to help!