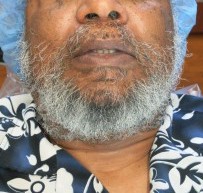 Beards can be deceiving!

As you all know this month is Oral Cancer Awareness month. Thankfully one of my many great patients has volunteered himself, as a cancer patient, to highlight the importance of routine oral cancer screenings.

All we know beards are now somewhat of a fashion statement…but they can sometimes also be deadly.

Unfortunately for this patient he did not notice swelling on his neck until it was much too late.  The beard actually hid the swelling until someone else pointed it to him.   The swelling in the neck is very subtle.   RED ARROWS… 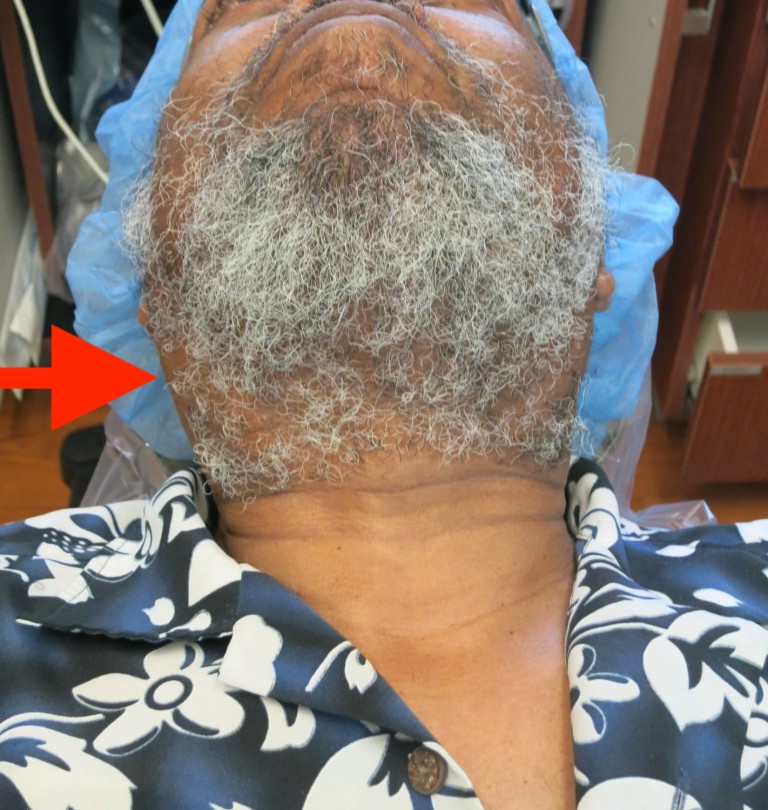 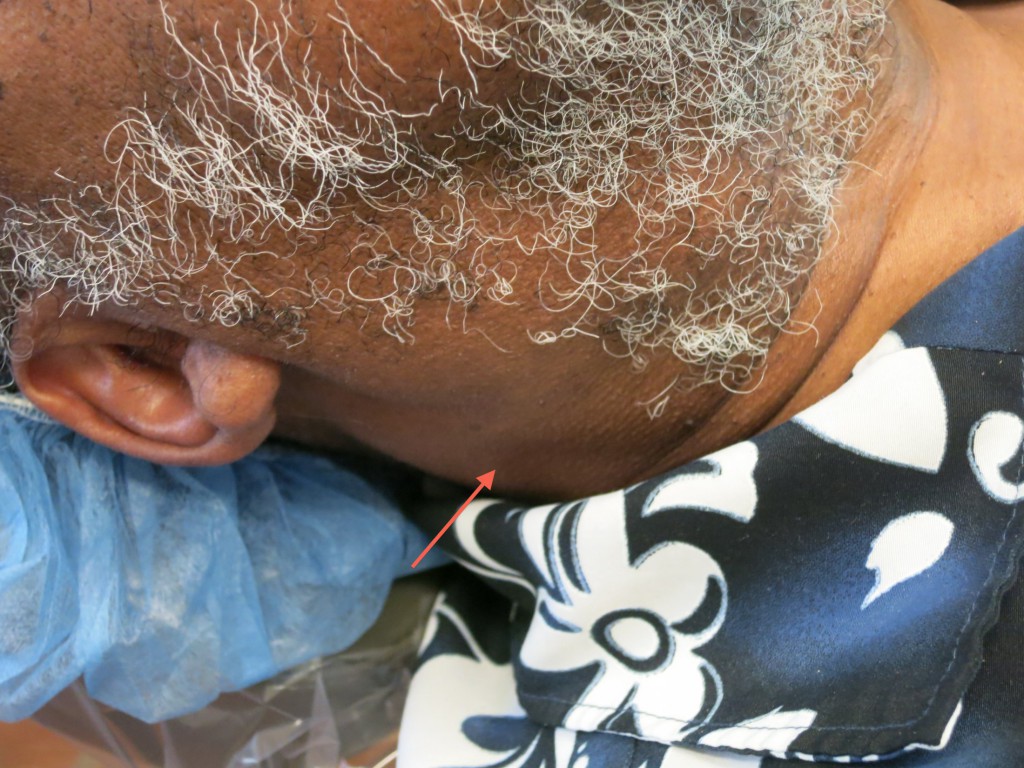 So what are some of the other clues for oral cancer, besides swelling on the neck?  Trismus – or in layman’s terms, limitation in how far a person can open his mouth.  Take a look at the picture below, this is the maximum opening even after he is completed sedated!  We had to use a mouth prop to gently keep his mouth open in order to perform the surgery.   A normal mouth opening is about 45-55mm.  He presented to out office with half the opening.  He stated that he was taking care of sick wife, who was also ill with cancer. 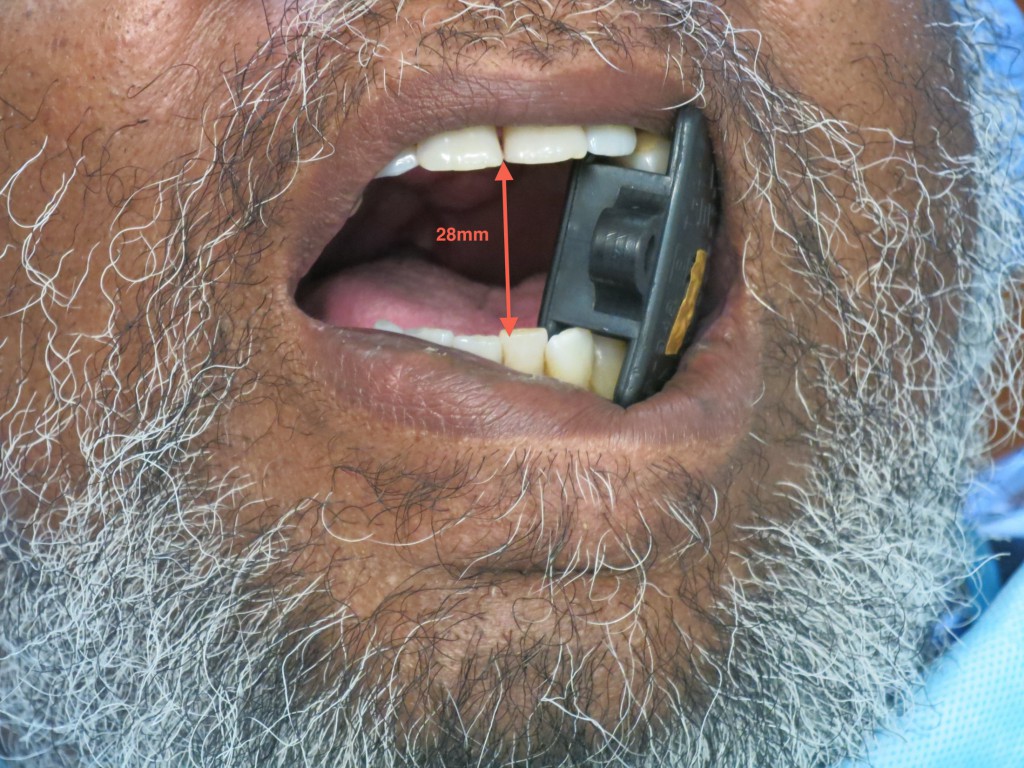 Where is the lesion?  Take a look… 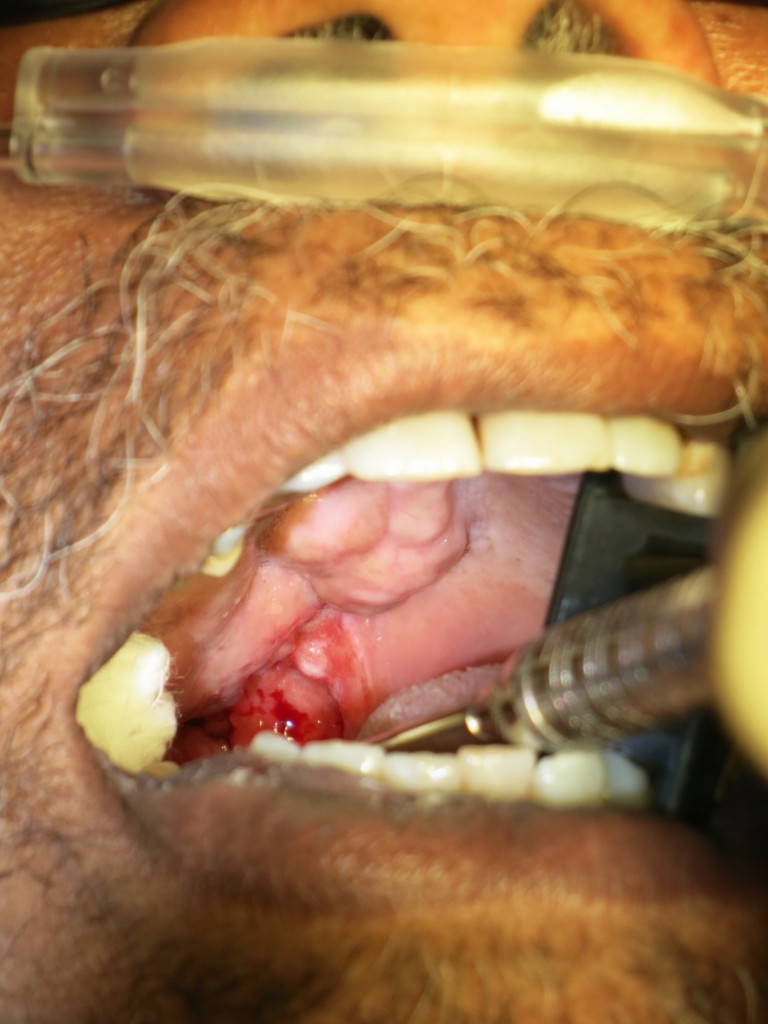 Past medical history:  Positive for smoking!  He smoke for >30 years.

Smoking KILLS…it kills wonderful people and it does not discriminate.