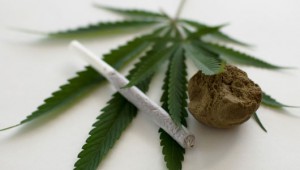 As we all know, societal perception towards the use of marijuana have changed over the past few years, with a view that marijuana is a benign habit with few health consequences.  Recently, Alaska, Colorado, Oregon, Washington State, and even Washington DC have legalized recreational use of marijuana.  Estimates put the use of marijuana in the United States close to 20 million people.   However, as we begin to research and examine the widespread use of Marijuana; we are also realizing the untoward effects of its use – as recently noted in a study in Colorado.

So how does this relate to our patients and surgery?  We know that surgery is a scary proposition for most patients, but some are taking matters into their own hands and smoking marijuana before surgery to calm their nerves.  Unfortunately, this can lead to some unintended consequences.  Patients sometimes do not realize that we can prescribe anti-anxiety medication to be taken at home prior to arriving for surgery.  At a recent conference in California, we are being told we have to assume that 1 out of 4 teenage patient that is being seen for surgery is using some form of marijuana!  We know that marijuana has an anti-emetic (anti-nausea & vomiting) effect and can be used as an appetite stimulant; which is one of the main reasons it is used for terminal cancer patients.  It also has benefits for patients with seizure disorders – all of which has led to its popularity for use as “medical marijuana.”  However, many are using this “medical marijuana” label as justification for recreational use, without realizing the unintended consequences of this decision.

So how does marijuana work?  Marijuana is most commonly smoked, with peak onset of the euphoria in about 30 minutes and typically lasting 2-3 hours.  The most common and desired reaction is euphoria, but some people will have an unpleasant altered mood, a.k.a dysphoria or even anxiety and agitation.  This can lead to untoward cardiovascular effects such as increased in heart rate which can lead to bleeding during and after surgery.  There is also increased oxygen consumption by the body which can lower normal blood oxygen level below safe levels during surgery.  Typically, the quickest way to obtain the effects of marijuana is to inhale deeply and hold before exhalation.  This is what is believed to damage lining of the alveolar cells in the lungs, possibly leading to poor oxygenation during and after surgery.  Additionally, smokers have a more reactive airway (coughing) leading to an increased risk of aspiration during and after surgery.  Marijuana is also known to increase or potentiate the effects of many medications that we typically use to lower the central nervous system in order to achieve a more relaxed state.  This can lead to a deeper level of anesthesia than that is intended with IV sedation.  Local anesthesia that is typically used to “numb” the surgical area usually increases the heart rate.  This can also be potentiated with the use of marijuana, leading to increased bleeding during and after surgery.