Recently with all the attention on opioid abuse, I thought it would be wise to share the recommendations that we all must abide by when we prescribe pain medications to patients after surgery.  These recommendations are referred to as the “white paper”, a position paper by the American Association of Oral and Maxillofacial Surgeons (AAOMS).  During our daily practice, we try to limit the number of opioid prescriptions by providing a preoperative and preemptive medications to reduce and prevent the onset of pain and swelling after surgery.  Most patients have the following regimen:

See the “white paper” below. 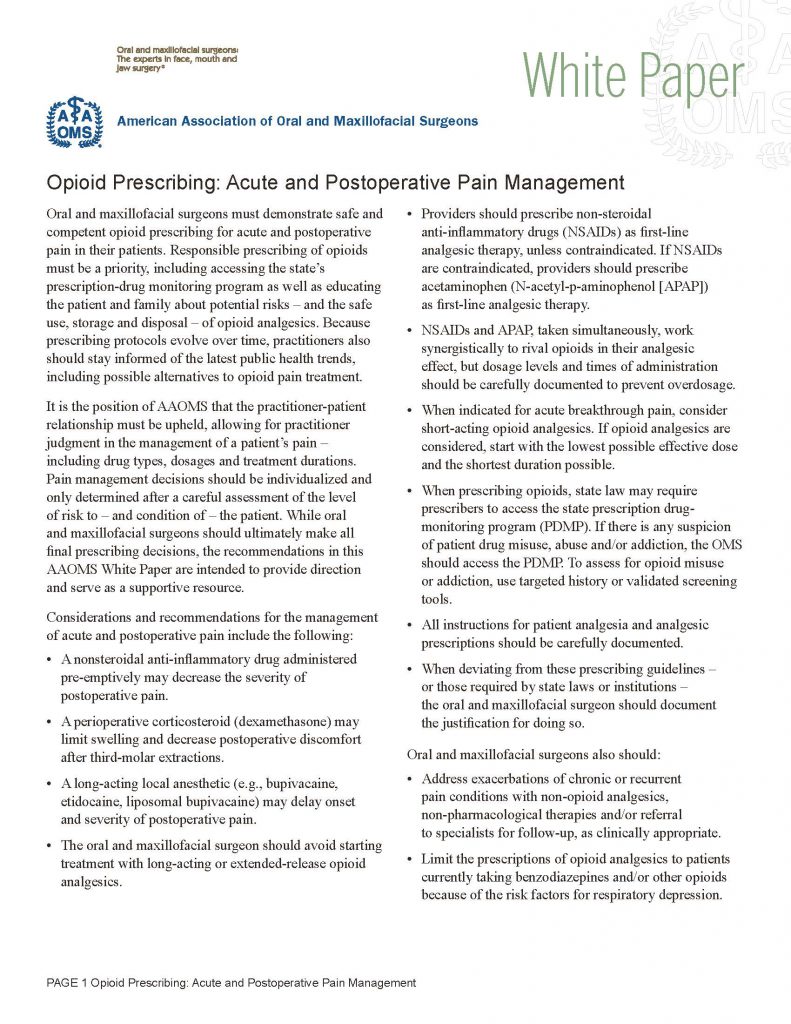 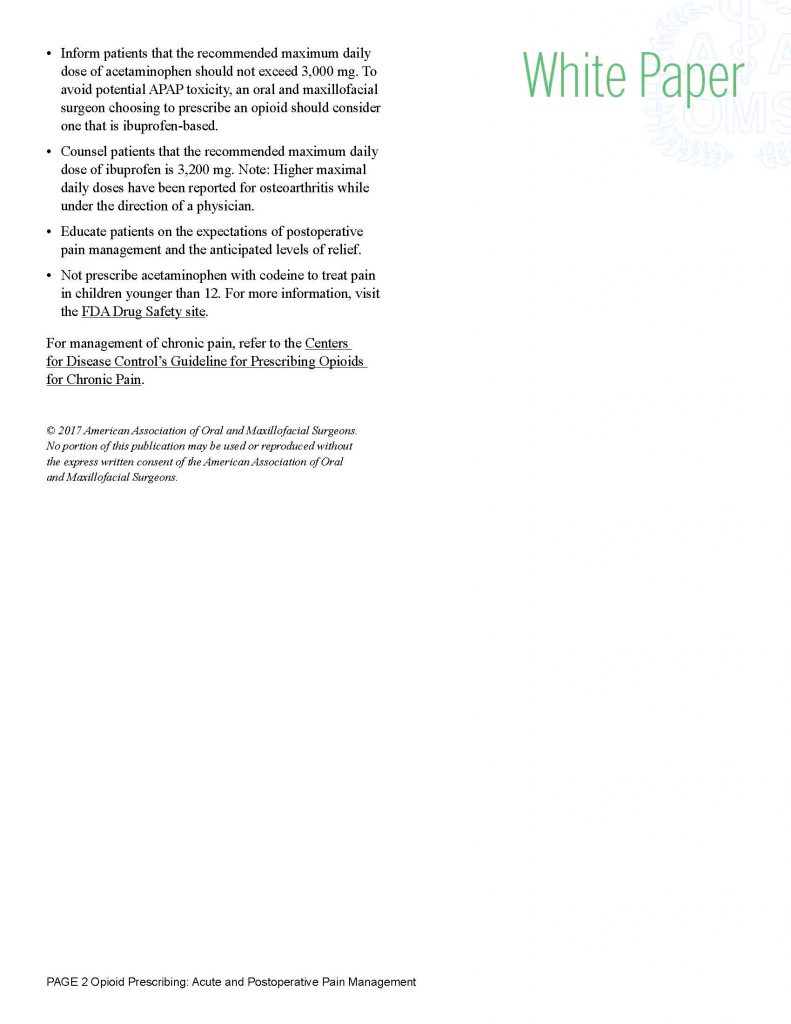