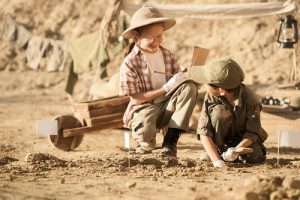 Dental implants have a surprisingly rich and interesting history. Across centuries and throughout cultures around the world there is evidence of attempts at replacing missing teeth with various objects and materials.

The oldest dental implants can be traced back to 2000 BC in China, where missing teeth were substituted with bamboo pegs.

Fast forward a bit to around 1000 BC and you’ll find an ancient Egyptian King whose tomb was recently discovered along with his mummified remains; a copper peg hammered into place where a tooth once lived. This may have been the first time in history that we know of when metal implants were used.

Across the globe some time around 300 BC, an iron tooth was found in a French grave thought to be Celtic in origin. It is possible this implant may have been a post-mortem placement to honor the dead, as an attempt to perform the surgery using a live patient would have been an excruciatingly painful process.

Just 2000 years ago missing teeth were being substituted for animal teeth, and the poor were even selling their teeth to the wealthy, just to make ends meet! The body often rejected these surrogate teeth, causing infection.

More recently in 1931 in Honduras, Dr. Wilson Monroe and his wife found a jawbone amongst other artifacts, with teeth fashioned from shells and attached to the jawbone of an ancient man.

Today we are lucky enough to have [PAGE_LINK id=”31|dental-implants”]dental implants[/PAGE_LINK] that not only look and feel like real teeth, and anesthesia for the pain is also a plus. Thanks to studies conducted by Per-Ingvar Brånemark of Sweden in the 1950’s, oral surgeons have been able to perfect the process over the years to create today’s implants, which have a 98% success rate! Through a process known as osseointegration, metals and other implant materials are able to be skillfully placed so that your jaw bone actually attaches itself to the implant creating a seamless support system.

Missing a tooth or two? Give us a call at [PHONE link = “true”] to discuss your dental implant options today!